Protests in Nigeria after arrests for ‘blasphemy’ killing of female student.

Hundreds of people in Nigeria’s north-western city of Sokoto demonstrated on Saturday over the arrest of two students after the murder of a Christian student accused of blasphemy, residents said.

Africa’s most populous country is roughly divided between Muslims and Christians but religious tensions and deadly clashes are not uncommon, particularly in the north.

Deborah Samuel, a student at Shehu Shagari college of education, was  stone to death and 🔥 on Saturday and her body burned by a mob of Muslim students of the college after she made a post on social media they deemed insulted the prophet Muhammad. 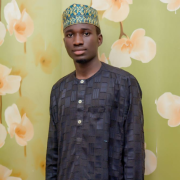 As part of the Phase 2 of implementation, His Excellency, President Muhammadu Buhari inaugurates Presidential Council…” by Isa Ali Ibrahim Pantami.